European Green Deal in turbulent times: where are we at? 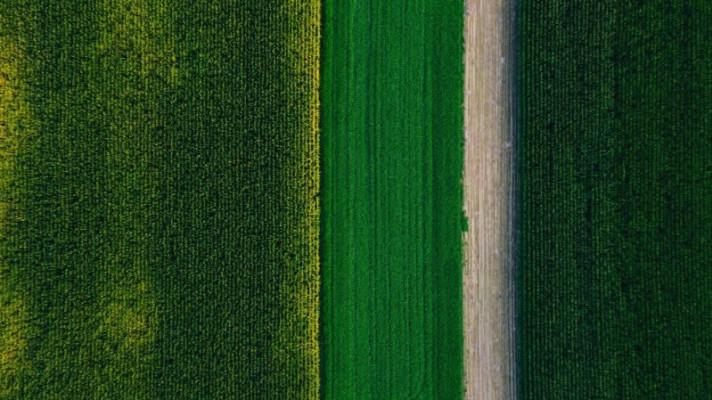 As we approach the mid-term point of the EU Commission's five-year cycle and emerge from one global crisis into another, it is time to reflect upon the progress made in the European Green Deal. Together with civil society actors and policymakers, the EEB will assess the state of play of the von der Leyen Commission's flagship policy at its Annual Conference.

With the pandemic hitting first, followed by the war in Ukraine, the current EU legislature has been framed by an intense crisis context. Against this difficult backdrop, how has the European Green Deal moved forward?

As the European Commission arrives at its mid-term point in office, the European Environmental Bureau (EEB) has assessed where its Green Deal has been a game-changer for the better, where results have been mixed and where they have been simply disappointing. This assessment provides a springboard for the discussion that will take place during the EEB Annual Conference on Friday 17 June.

Bringing together an exciting line-up of high-level speakers, the EEB conference 'Boosting the Deal for a Greener Europe in Turbulent Times' will serve as an opportunity to explore in greater depth what went well and what could have gone better in these two years and a half and what still needs to be done to ensure it realises its potential as a truly transformative agenda.

Launched by Commission President Ursula von der Leyen as Europe's "man on the moon" moment in December 2019, the EU Green Deal promised a set of deeply transformative policies that would "reconcile our economy with our planet." Not long after, the covid-19 pandemic erupted, shaking Europe and threatening to derail the EU green agenda. Instead, the European Green Deal was stepped up to become the blueprint and central plank of the recovery efforts.

Now, the Deal faces fresh threats as the tragic war in Ukraine is instrumentalism to weaken and postpone it, with attacks on the Farm to Fork strategy, delays in bringing out new legislation and the relaxation of environmental safeguards. Meanwhile, the war only throws more light on our urgent need to drastically reduce our dependency on fossil fuels, raw materials, and foreign regimes.

In the face of this trying scenario, the European Commission has made a range of good commitments and strategies that clearly support the transformative spirit of the European Green Deal. Yet many progressive initiatives remain too weak, whilst some are directly undermining the EU's own climate goals.

The EU Green Deal has undeniable potential to make EU policies more sustainable and fair, and since its launch back in 2019, it has catalysed a range of important commitments in this direction.

This is the case, for instance, of the Climate Neutral Europe commitment enshrined in the Climate Law represents a substantial step forward for EU climate policy. The comprehensive Fit for 55 climate and energy package, supported by the REPowerEU package proposal, represents another important step in the right direction. Yet their ambitions are not sufficient for keeping the 1.5°C Paris Agreement Goal alive and some of the proposals to accelerate the energy transition involve undermining environmental regulation.

Other good developments include the commitment to adopt a new Nature Restoration Law and better manage and protect 30% of EU's land and seas; the Circular Economy Action Plan, with its initiatives and strategies to make sustainable products the norm; the commitment to achieve zero pollution by embracing a preventative approach; the steps forward in terms of corporate due diligence, and the Just Transition Regulation to help communities that depend on carbon-intensive activities to diversify the local economy towards sustainable activities and facilitate reskilling of the workforce.

If the EU Green Deal has pushed certain EU policies towards a better future for people and nature, this was not the case for the Common Agricultural Policy (CAP), which is set to keep funding harmful intensive farming practices, nor for the proposed inclusion of biomass, gas and nuclear in the taxonomy that identifies sustainable investments.

Moreover, despite its role as 'the Guardian of the Treaties' and its emphasis on law enforcement, the Commission has so far failed to step-up capacity, funding and concrete action to ensure that old and new EU legislation is properly implemented on the ground.

Such bad strategies risk seriously undermining civil society's confidence that the Green Deal truly is the number one priority of the Von der Leyen's Commission.

While the initiatives listed so far represent clear steps forward or backwards on the path to a greener Europe, another range of policies inspires some hope while leaving plenty of room for improvement.

It is the case of the Farm to Fork Strategy, which brings us closer to a Common Food Policy and a sustainable farming sector, but falls short of promoting a shift toward healthy and sustainable diets. Likewise, the revision of the Energy Performance of Buildings Directive (EPBD) is still too focused on energy in the use stage while neglecting the immense potential for emissions saving via sufficiency and circularity. The Waste Shipment Regulation proposal also misses the opportunity to phase out plastic waste export outside the EU and the Forest Strategy has been watered down under industry pressure.

On the list of disappointments, we need to include the lack of proper action against noise pollution, and a review of the mercury regulation that forgets banning mercury and mercury compounds imports and setting emission limit values.

Moreover, the Fit-for 55 package, despite its potential, is not enough to push the EU onto a pathway to a 1.5°C limit and presents weaknesses, including the limited scope of the aviation ETS proposal and insufficiently stringent 2030 CO2 targets for cars and vans.

What is next, then, for the EU Green Deal? To stay true to its ambition of turning the EU into a climate-neutral, resource-efficient and competitive economy, the Commission must now strengthen its ongoing initiatives and speed up action on critical files, from nature restoration and air quality to wastewater treatment, chemicals regulation, industrial emissions reduction and greener transport, among others.

At the same time, the Commission must push back vested interests' attempts to undermine environmental and climate protection by instrumentalising the Ukraine war and proposing false solutions. National governments must do the same across the EU.

Patrick ten Brink, Deputy Secretary-General and Director of EU Policy at the EEB, said "It is essential to maintain strong support for a truly transformative European Green Deal that is based on science with commitments and clear milestones for delivering on decarbonisation, dematerialisation, circular economy, nature-positive transition and social justice. This will rapidly reduce EU dependencies on fuel and materials and minimise the risks that such dependencies tie our political hands".

An ambitious Green Deal roadmap will strengthen economic, social and ecological resilience while reducing long-term risks of conflict on resources and providing a key opportunity to reduce social inequalities in Europe and beyond.

Patrizia Heidegger, Director of Global Policies and Sustainability at the EEB, said: "The EU must now show strong leadership in international environmental negotiations such as on climate, biodiversity, chemicals and plastic pollution, as well as to address its negative impacts on other world regions: our European hunger for grains to feed our overconsumption of animal products, our craving for metals and minerals mined around the world, our dumping of waste on poorer countries or our overexploitation of natural resources and labour for cheap products. It is high time."