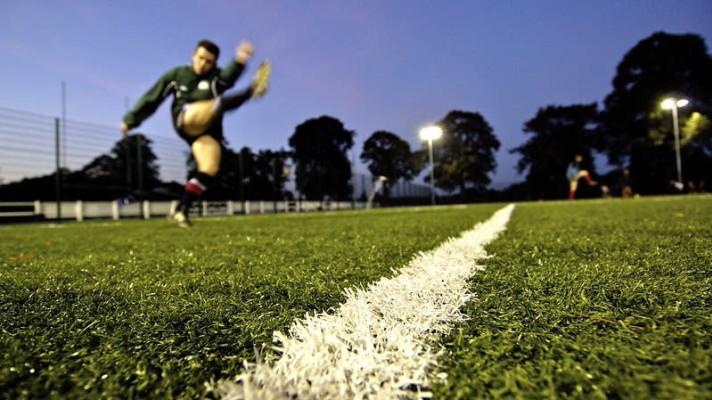 The Commission is a whole year late on delivering its flagship restriction on the most preventable form of microplastics commonly found in artificial football pitches and playgrounds. The European Environmental Bureau (EEB) and ClientEarth flagged the illegality of this delay. The Commission reacted.

This much anticipated restriction seeks to limit the production and use of intentionally added microplastics in consumer and professional products. According to the EU's REACH Regulation, the Commission had the obligation to come up with a final proposal by May 2021, three months after the publication of the European Chemicals Agency (ECHA) science-based opinion. With no restriction in sight and without an explanation for the reason for this postponement, the EEB and ClientEarth denounced the delay as illegal.

"We have no idea why this restriction proposal has been sitting on the Commission's desk for more than a year now. Microplastics are far too serious an issue to be ignored."

When ENDS Europe contacted the European Commission (EC), in the wake of civil society's allegation, they declared that the EC remained committed to tackling the intentionally added microplastics and justified the delay with the late request for a supplementary opinion from the Risk Assessment Committee (RAC). However, that request was delivered on 22 April 2021.

In a recent analysis, the EEB and ClientEarth insist that an additional year without a restriction on microplastics could see levels of pollution equivalent to 1.6 billion plastic bottles released into the environment. Microplastics particles seep into the air we breathe, the food we eat and the water we drink, and are nearly impossible to remove once released into the environment. They have now been found at the bottom of the oceans and seas, in the pristine Antarctic snow and in people's blood flow. They may also carry multiple contaminants and hazardous chemicals, and harm biodiversity and peoples' health.

The microplastic pollution needs to stop, NGOs say and argue that delaying this key restriction is illegal.

"This delay is illegal on several counts, including REACH but also the EU Treaties and the Charter of Fundamental Rights which require the Commission to ensure swift and transparent administration. So far, the Commission has not provided any credible excuse for that breach, leaving EU States, industries and civil society in the dark".

The largest source of pollution is the granular infill material used on artificial turf pitches like football pitches and playgrounds, releasing up to 16,000 tonnes of microplastics a year. Also, microplastics are commonly used in fertilisers, laundry detergents and cosmetics.

These tiny particles of plastics, which persist in the environment for a long time, contribute a great deal to the sheer magnitude of plastic use in our societies that results in high levels of carbon emissions, high volumes of waste, persistent pollution and harm to wildlife and ecosystems.

The EU reinforced its toxic-free and zero pollution pledge with a recent and widely publicised restriction roadmap, promising a swift ban of the most harmful chemicals.

But the lack of timely communication on the EC's reason to postpone its proposal and, most significantly, the Commission's long delay in publishing this key restriction on intentionally added microplastics sets a worring precedent, undermining the trust of the young generations in their political leaders to deliver the promise of a toxic-free future.