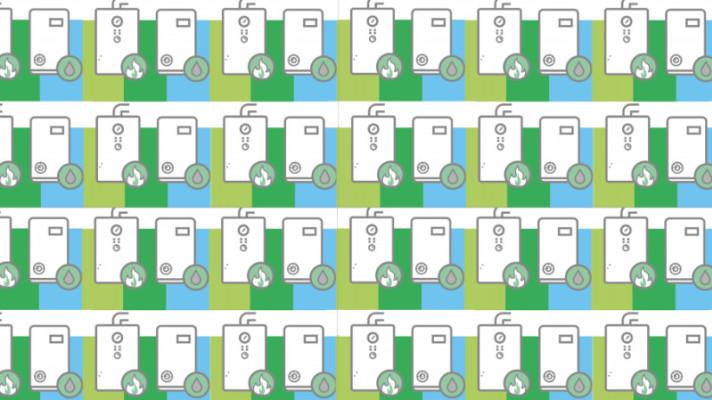 The EU is tightening its gas belt to survive winter, but it has yet to put a countdown on one of the most gas-guzzling source of consumption: heating. The new Coolproducts national study underlines how, for many member states, a phase-out of fossil heating technologies can easily be a triple score for independence, climate, and energy security, writes Bich Dao.

Amidst one of Europe?s hottest weeks on record, the European Commission and Council talked chilling news: ?Save gas for safe winter?, Europe must slash 15% gas consumption to spare energy for the upcoming winter, faced with unreliable Russian supply. However, it misses out on addressing the underlying issues of relying on gas for heating, not only for this winter, but for the winters to come.

With 75% of European homes using fossil fuels for heating, gas has been a headache for families and governments alike with recent massive energy price hikes, high inflation, climate deterioration, and worsening rates of energy poverty. Getting fossil fuels out of our heating has now become and will continue to be a matter of security, climate, and social concerns for the years to come.

Buildings are the EU?s largest gas consumers, responsible for approximately 38% of EU gas use of which heating accounts for a large proportion. With 45% of gas import in Europe coming from Russia, there is a clear beneficiary to any delay in decarbonising the heating sector.

However, there is a way out.

The results of the latest Coolproducts study in collaboration with Öko-Institut on national scenarios for phasing out fossil fuels in heating show promising results. With a phase-out that starts in 2025, the EU can expect to cut Russian gas imports by 21%, and total imports by 8% by 2030, all in one swift measure.

Some countries stand to benefit more than others: Romania would see its gas imports cut by almost 70%, while Poland, Slovakia, Czechia and Denmark would also see a sharp increase in their gas independence. 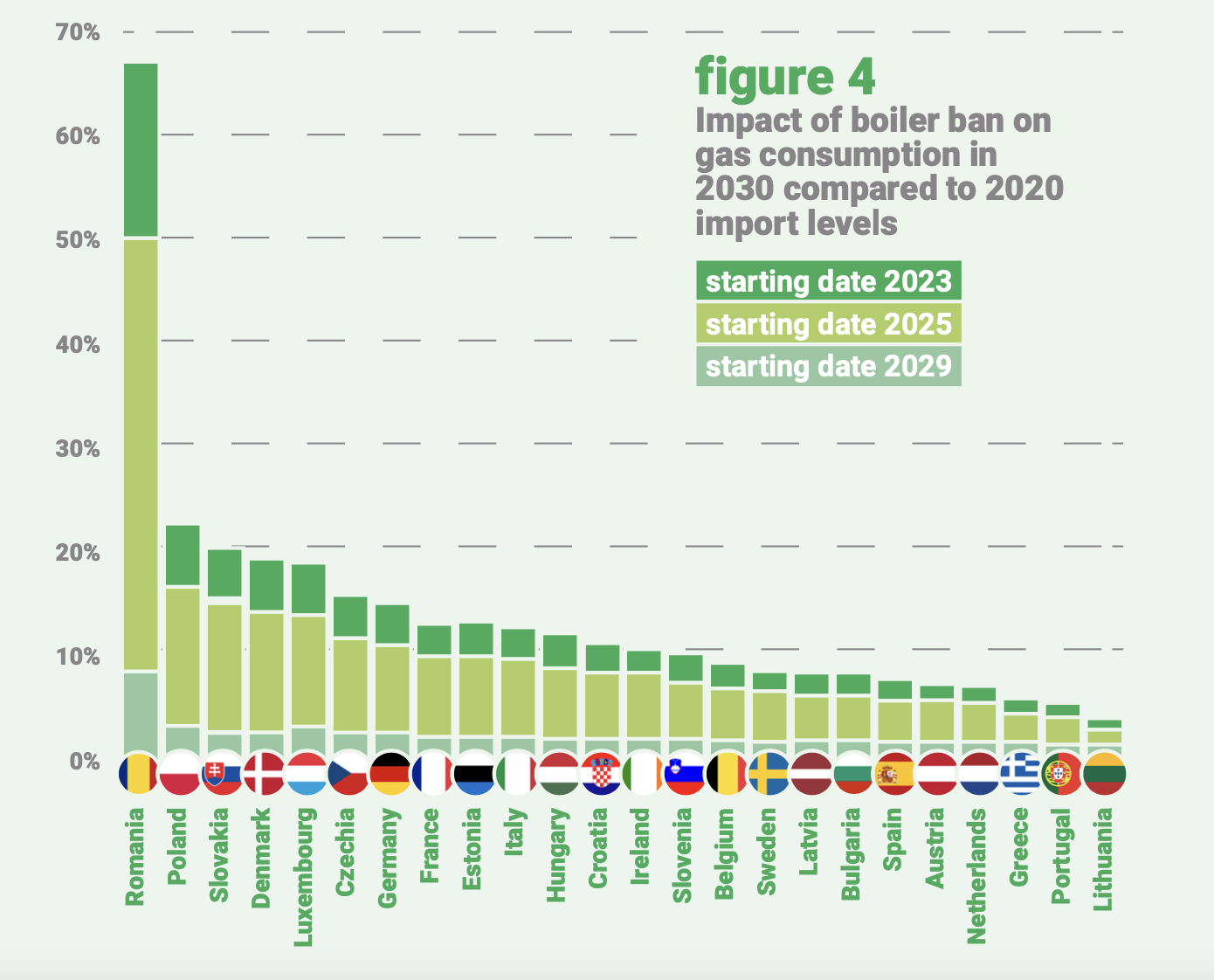 Breaking free from gas not only means breaking free from import dependence, but also entails breaking free from a highly polluting habit. In the same study, Coolproducts investigated the share of the required emission reduction for meeting the effort sharing targets that would be met by a fossil boiler ban. The shares top out at beyond 100% for Bulgaria and Romania (not included in the graph) to 65% in Hungary for a boiler ban introduced in 2025, with the EU average saving corresponding to 13% of the effort sharing target.

In addition to the effort sharing target and import independence, a fossil boiler ban would also result in many countries making strides towards their renewable energy target in heating and cooling, as part of the Renewable Energy Directive. Countries would achieve on average 37% of their individual targets, reaching as high as 60-70% of renewable targets for some member states (e.g. Germany, Belgium, the Netherlands). All in one act of removing fossil fuel boilers from the market.

Too little, too late?

The EU is also seeing the triple benefit of a fossil boiler phase-out by jumping on the ?ban-wagon? and taking serious measures to cut off Putin?s gas. The talk of a boiler ban has been brewing, both in the REPowerEU proposal as well as the draft Energy Performance in Building Directive (EPBD), with the most concrete deadline right now pencilled in at 2029.

While a clear positive signal to the market, a phase-out by 2029 is sadly an 11th-hour attempt to meet the 2030 deadline for 55% emission reduction, let alone to have any effect on Europe at war. This is exemplified once more in the data in the study, which observes the large drop of impact between an earlier phase-out by 2023 and 2025, to one that will only begin 2029.

A phase-out as early as possible is a must, especially considering every new boiler sold is locking in 22-25 years of operation, and with it the gas consumption and emission. This goes well beyond the Paris Agreement Compliant scenario, which would require the heating and cooling sector to go carbon neutral earlier than the rest of the economy and to have 100% renewable energy supply by 2040. Countries such as the Netherlands and Germany have set earlier phase-out dates, and the International Energy Agency, the EEB and other NGOs across Europe have repeatedly called for a phase-out by 2025 at the latest.

Nationally, such an EU-wide ban would help overcoming the complicated web of national policies and subsidy schemes towards fossil and renewable heating. These schemes are lagging, oftentimes contradicting and undermining their own climate and security agreements through continued subsidies to fossil boilers.

Luckily, replacing the boilers on their way out is not at all the barrier. In fact, alternative heating technologies such as heat pumps running on natural refrigerants with low global warming potential, solar thermal and district heating are matured and ready to replace. The former is particularly effective with low running costs, great energy performance even in colder European climates, easily swapped one-to-one with boilers, and even includes cooling for summer.

The change towards safer winters in the coming years is simply a matter of political will: we need more and fairer subsidies to a mass rollout of heat pumps including to lower-income families, better trainings for technicians, a shift of levies and other taxation from electricity to gas bills and we need bold policies that end the use of tax money to subsidise the threat to our security, people, and planet. The rest, as we can hopefully say about the fossil boilers one day, is history.