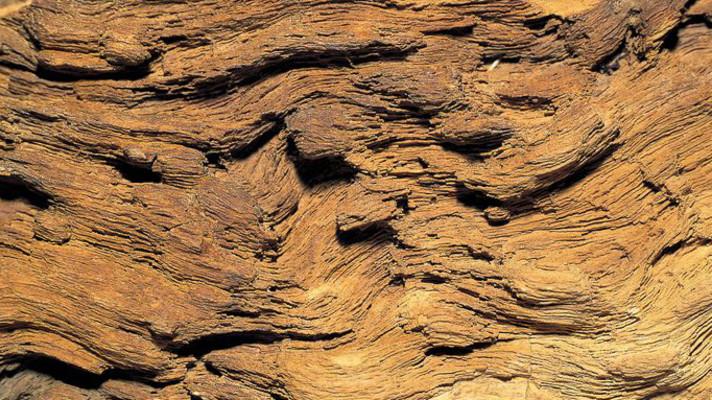 Serbia is a beautiful country, but it appears to be dangerous to live in. After NATO used depleted uranium munitions there during the 1999 bombing campaign, military experts from Belgrade have registered an increased radiation level and claim the area is highly contaminated.

The Radojkovic family believe they are the victims of the Alliance´s military operation called `Merciful Angel´.

"I remember nine bombs dropped on that day - they targeted a TV tower just a kilometer away. I was playing in the backyard at that time. The first strike made me fall over. After the second strike I held on to a tractor. A shock wave raised both me and the vehicle," recalls Nikola Radojkovic, a victim of fallout from depleted uranium missiles.

The family thought that was the end, but the real battle was yet to come - the battle to save the boy´s life.

Eight years after the bombing, Nikola felt he had something like a fish bone stuck in his throat. Surgeons extracted two tiny pieces of shrapnel. Later, a tumor appeared there which continues to grow. Doctors believe the two things are related.

"We had three operations here in Serbia, three more in Germany - it cost 40,000 euros. Almost every family here helped us. Now the doctors say we have to do two more operations to stop the tumor´s growth, and we need 20,000 euros more," says Dragon Radojkovic, Nikola´s father.

In 2000, NATO disclosed that depleted uranium weapons were used during its mission to bring peace to Kosovo. The Pentagon couldn´t hide cancer deaths among NATO soldiers who were serving in the region.

Doctor Nebojsha Srbljak was among the first to raise the alarm. In 2001 he registered an unprecedented increase in cancer patients.

"There is no other place in the modern world where so many people and so many young people - aged between 30 and 40 - die from cancer. Blood and lung cancer are most widespread," says Dr. Srbljak, Head of the Merciful Angel NGO.

In an animal hospital in the south of Serbia, one of the most-bombed regions, there is evidence of something going wrong.

"Over the last 10 years, I have seen many two-headed calves, six or eight-legged lambs and other anomalies among animals. Mutation is a normal thing, but when there are so many cases - it´s a symptom. Our nature is sick. And certainly - it has to do with depleted uranium usage," says Miodrag Milkovic, a veterinarian.

Ten years after NATO bombed the former Yugoslavia, the consequences are felt almost everywhere in Serbia. And as it takes billions of years for uranium to decay, the shadow of the ghost of the merciful angel will hang over the region virtually forever.

This is a list of countries that have US Nuclear Weapons.

Depleted Uranium Fall out in Middle East. This is an older map so it has expanded because of the war in Afghanistan and Iraq. It does send a message of how far the Radiation can go however.

Add to the DU Contamination the Two thousand Nuclear test conducted around the world. Is it any wonder why we all are getting Cancer and other Radiation related illnesses. In Testing the US is the number 1 offender.

Fall out in the US from testing. So now imagine how far the Fallout spread in the above map.

DU Fallout has the same affects as Nuclear Fall out and spreads through out the regions it is used.

NATO does this everywhere they go. They have done this for years.

The US is one of the worst offenders and the weapons they sell to other countries contain DU.

Throughout the areas which have been affected by NATO bombings, hundreds of people are dying of cancer. Experts say that this may be a result of uranium shells being used.

A little cemetery in Bratunac, Eastern Bosnia became the final resting place for a number of cancer victims. A local resident, who preferred to remain anonymous, gave RT the names of some who are buried there. He says they all died of cancer.

Djoko Zelenovic, who worked in the local military repair factory, died from the disease at the age of 65. The 35 year-old mother of two small children also rests here.

There used to be no more than one or two funerals a year in this small Serbian village in Eastern Bosnia. Since NATO dropped bombs on Sarajevo in the summer of 1995, the number has climbed to as many as one or two deaths a month.

Nikola Zelenovic´s parents are buried here. He says they were healthy until the NATO bombings and is now spearheading an investigation.

Nikola says that "my family lived throughout the war years in the town of Hadjici. My father was working in one of the factories there when NATO bombed it. His health problems started soon afterwards. He died from lung cancer. My mother died a year and a half after him from Leukemia. My parents were never sick before."

Their aim was to end the fighting between Serbs and Albanians who lived in the areas.

But they left a time bomb behind them. In the years that followed, hundreds of people living in the areas that were hit have died of cancer

In Kosovo, the number of cancer patients has grown three times over the last ten years, while in Bosnia-Herzegovina, already more than a thousand people have died from cancer.

Doctor Slavko Zdrale has treated several cancer patients over the past years and boldly advances theories on the subject:

"We worked out that 90% of them came from areas NATO had bombed and from areas where ammunition with uranium was used. Nobody in the international community took much notice until Italian soldiers who were stationed in those areas started dying from cancer-related illnesses."

In Pale, Bosnia-Herzegovina, the war crimes court is recording evidence of an increased number of cancer patients. The court says that the pieces of ammunition found in the bombed areas had a much higher level of radiation than is internationally allowed. Investigators are convinced that this radiation is the underlying cause of cancer.

Simo Tusevljak, the coordinator of the Research and documentation of war crimes, stated that "we believe that this was a deliberate attempt by NATO forces to kill as many people as possible. It was also a chance for the West to test new weapons." .

"But there is nothing we can do," he added. "We cannot file any complaint against NATO because all those involved have diplomatic immunity. A NATO soldier can kill and never be prosecuted. But perhaps one day some senior officials from NATO who ordered the bombings will be prosecuted. I believe the order came from high up."

NATO hasn´t commented on the claims and has dismissed Serbian and Italian investigations.

There has been no other independent research conducted on the subject.

The little cemetery in Bratunac is already full. But locals fear the number of cancer victims will continue to grow for at least the next fifty years, or for as long as it takes for the air to clean.