Packaging: why Europe must set the stage for reuse this fall 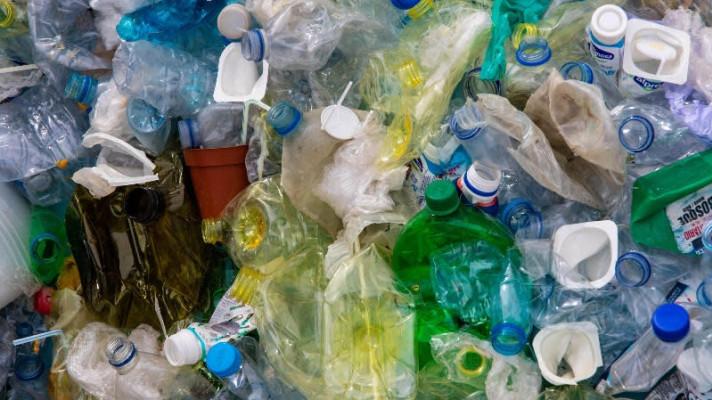 A proposal for the revision of the Packaging and Packaging Waste Directive expected this autumn will put waste firmly back on the political agenda. The EU must seize this opportunity to take on the single-use packaging crisis, writes Sarah Abou Chleih.

However, Europe is faced with a dilemma: although the Green Deal made a bold political commitment to make all packaging reusable and recyclable by 2030, the EU has reached its highest ever levels of waste ? 178 kg per person each year.

Boosting reuse as a strategy to simultaneously prevent waste and save resources is already being pursued by many member states and companies: it is now time for Brussels to take the lead.

Healing a half-century addiction to single-use plastics will require more than consumers? goodwill. As packaging waste is at the highest levels in history, reuse levels have hit rock bottom across the EU. While just 25 years ago 80% of beverage bottles in Austria were reused, today that has fallen dramatically to 19%. In Denmark, reuse for beverages declined dramatically from 93% to 13% between 1999 and 2019.

It is already happening

Some member states have taken matters into their own hands. Last November, Austria set the stage with an update to its Waste Management Act. With this, it became one of the first European countries to establish binding reuse targets, with the plan to scale up reusable beverage packaging to 25% by 2025 and at least 30% by 2030.

Other European countries followed suit: France, Germany, Portugal, Romania and Sweden all established their own reuse targets for packaging in national legislation. This has increased pressure on the European Commission to act on reuse and waste prevention, areas where it previously placed limited importance.

Campaigners are hoping that the lawmakers will propose bold reuse targets, accompanied by clear definitions of different reuse models and providing standards for reuse systems, such as the packaging formats, washing and transportation conditions.

Europe is ready for reuse

Although the existing legislation, first established in 1994, states that member states ?may? support reusable packaging, it doesn?t go any further than this.

In thereuse systems that are good for the people and the planet. Clearly, Europe is ready for an improved packaging legislation that delivers on the commitments made in the European Green Deal.

?All over Europe, reuse has virtually disappeared and wasteful single use packaging is creating record levels of waste. Thankfully, ambitious member states and successful start-ups are leading the way to show that reuse can save resources and emissions. Now we need the Commission to propose ambitious reuse targets, with clear definitions and standards for reuse systems that will enable reuse at scale in the sectors where it makes sense.?

What qualifies as reuse?

An analysis published by the NGO alliance Rethink Plastic showed that increasing reuse by 50% by 2030 in take-away food, e-commerce and household care sectors can reduce CO2 emissions, and prevent the waste of water and materials. Savings urgently needed as Europe is still heavily reliant on imports of gas and oil to produce much of its packaging. And simply switching from single use plastics to an alternative single use material is also unlikely to solve the problem.

To deliver a successful reuse policy, it is crucial to set clear definitions to prevent greenwashing from companies. Some brands are already marketing products as reusable even though they are not actually designed to be reused, or are still sold in ingle-use plastics. That must be prevented through stringent requirements in EU legislation on labeling of packaging and the forthcoming legislation on green claims, as well as ensuring only reuse that is genuinely reused will be counted towards future targets.

Beyond the packaging itself, it is also crucial that the systems in which packaging is reused are well designed. Campaign group Zero Waste Europe recently encouraged policy makers to accompany reuse targets with guidance on how reuse infrastructure should be set up, such as ensuring interoperability of packaging in the washing systems, setting clear return rate targets, and ensuring open access for different market actors.