The evolution of hydropower 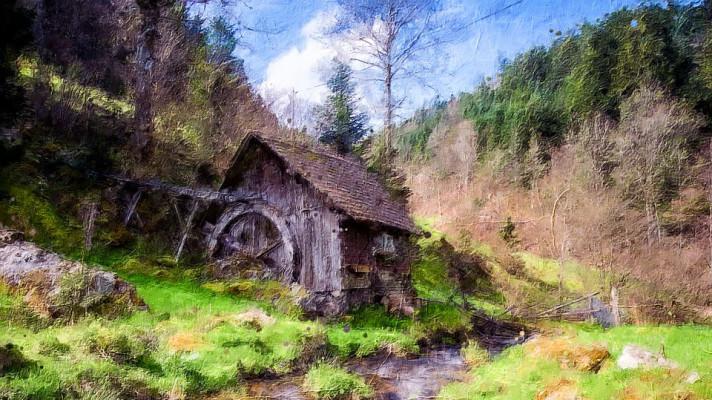 Over the centuries, the water wheel evolved into a hydraulic turbine that generates electricity. Today, hydroelectric power stations are built in conjunction with dams to generate electricity for entire countries. Globally, hydropower is a major source of electricity and it's still growing.

How does it work?

Hydroelectric power, also known as 'white coal', is the modern form of hydropower. Flowing or downward pouring water is captured and turned into electricity via turbines and generators, which is then fed into the electrical grid to be used in homes and businesses.

The first recorded water wheel is invented in Greece.1 People used flowing water to turn the wheel (of their mill) and ground wheat into flour. The waterwheel is a technological breakthrough, invented to reduce man and animal labour. China's Han Dynasty also independently invented the water wheel around this time.2

By 500 AD, the water wheel is widespread throughout the civilised world.3 During this time it has a major impact on industrial development, as it enables man to produce goods without strenuous labour. By the 13th century, the water wheel helps medieval Europe become a military leader, as it's used for manufacturing gunpowder and early steel.3

The water wheel is used extensively for milling, including sawmills, textile mills, paper mills, and flour mills. It also plays a key role in the industrial revolution throughout Europe and the United States, beginning in the 1760s.4 Many developing countries and rural farmers still use the water wheel today.

French engineer, Benoît Fourneyron, builds his first prototype for a new model of the water wheel called a 'turbine'.5 Over the next decade, he refines his original design. By the mid-1850s, other countries adopt the Fourneyron-style turbine to power their industrial machinery.

English physicist, Michael Faraday, discovers electromagnetic induction and develops the first-ever transformer and electric generator.6 This technology will play a foundational role in the development of hydroelectric power.

English engineer and industrialist, William Armstrong, combines the works of his predecessors and builds the first hydroelectric power station on his estate in Northumberland, England.9 The estate's lake generates electricity through a turbine and powers an arc lamp.

The world's first Hydroelectric power plant begins operations. Positioned along the Fox River in Appleton, Wisconsin, the Appleton plant produces electricity via the rushing water flow of the river.10

Austrian Professor, Victor Kaplan, invents the Kaplan turbine, a propeller-type turbine with adjustable blades.12 An evolution of the Francis turbine, the Kaplan turbine provides greater efficiency in a range of water levels and flow.

La Rance tidal power plant, the world's first, opens in France.14 Tidal power is a form of hydropower that converts the oceans tidal energy into electricity.

The Three Gorges Dam in China is completed. It becomes the world's largest hydroelectric power plant, overtaking the Itaipu Dam located between the border of Brazil and Paraguay.15 The plant provides energy to millions (11 times more than the Hoover Dam in the states) using 34 gigantic generators.

The future of hydropower

According to Hydropower.org, hydropower should remain the world's largest source of renewable electricity for many years to come due to its affordability, reliability and sustainability. They also predict significant growth from developing continents like Africa and Asia.16

The 2020 Hydropower Status Report revealed many other exciting developments in the sector, including:17

More about evolution of renewable sources on https://www.comparethemarket.com.au/energy/history-renewable-energy/ 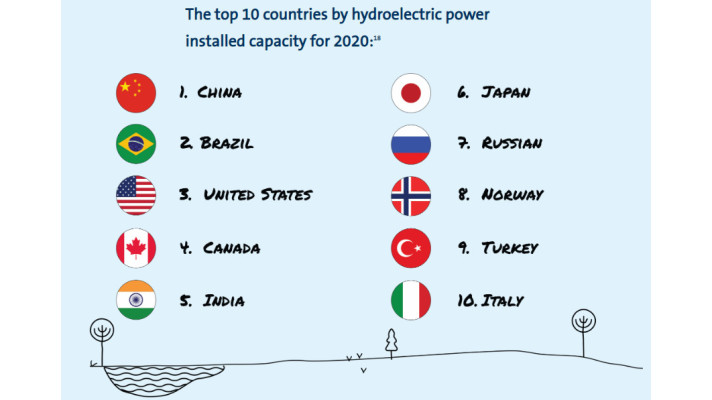