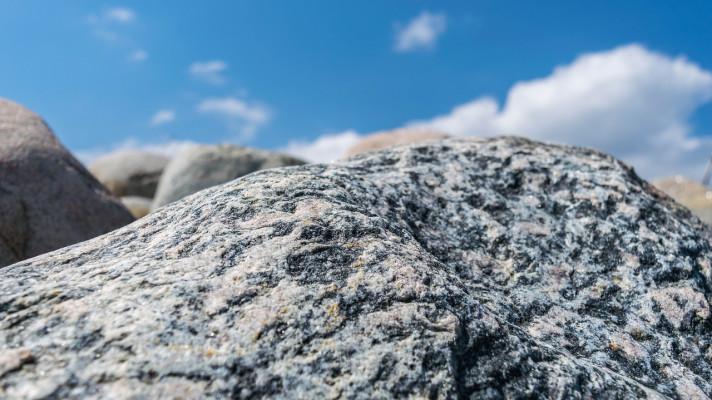 Hawaii is entirely built of young volcanoes, so this USGS map doesn't have much in the way of color. Basically, all of the islands are less than 10 million years old, with the Big Island the youngest and the oldest being Nihoa (which is part of the islands but not part of the state), off the map to the northwest. The color refers to the composition of the lava, the magenta and blue being basalt and the brown and green (just a smidgeon on Maui) being rocks higher in silica.

All these islands are the product of a one source of hot material rising from the mantle. Whether that hotspot is a deep-seated plume of mantle material or a slow-growing crack in the Pacific plate is still discussed. To the southeast of Hawaii island is a seamount  Loihi. Over the next hundred thousand years , it will emerge as Hawaii's newest island.

Most of the islands have irregular shap. This is because their sides tend to collapse in gigantic landslides, leaving chunks the size of cities scattered around the deep sea floor near Hawaii. If such a landslide happened today, it would be devastating to the islands and, thanks to tsunamis, the entire coast of the Pacific Ocean.