Nutrient flows on European farms: too much of a good thing? 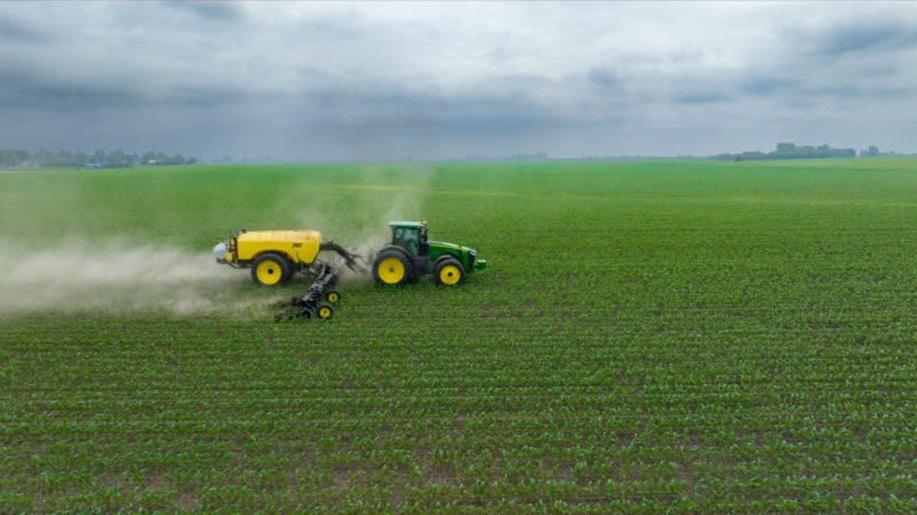 The Commission's upcoming action plan for nutrients must support farmers' transition away from dependency on imports of fossil fuel, feed and fertilisers, writes Sara Johansson

The last year has been tough on European farmers. The worst drought in 500 years has left rivers trickling and soil moisture levels falling. Russia's war has increased energy prices and production costs, and now soaring gas prices force fertiliser plants to reduce production. At the end of August, Norwegian fertiliser giant Yara announced its plans to curtail ammonia production to 35% of its capacity, with other producers following suit. But this acute crisis exposes an underlying problem: the EU agricultural sector's dependency on imports of fertilisers, fossil fuels and animal feed.

European agriculture is run on synthetic and inorganic fertiliser made from fossil gas, mined phosphate and potash rock largely imported from Russia, Morocco, Egypt and Belarus. In addition to exposing farmers in Europe to geo-political vulnerabilities, imports of fertiliser and inefficient nutrient use are the main drivers behind Europe's unhealthy and polluting nutrient flows that currently exceed planetary boundaries by a factor 3.3 and 2 for nitrogen and phosphorus respectively.

EU governments and the fertiliser industry are now scrambling to find alternative supplies of fertiliser and fossil gas, but this is only continuing the current path of extractivism and import-dependency. Instead, the current crisis should trigger action for a transition to sustainability and self-sufficiency for the EU agricultural sector. The Commission's initiative to develop an Integrated Nutrient Management Action Plan is a crucial and highly welcome opportunity to take a holistic approach to nutrient flows and losses and to end current vulnerabilities.

Despite the urgent need to reduce our economic dependency on hostile regimes, EU imports continue to support Russia to the tune of over ?1 billion per year, feeding an addiction which is proving increasingly risky and costly to European food security.

Europe's fertiliser industry is now looking to expand its imports of phosphate rock from Morocco, after a major dip only a few years ago when EU rules on cadmium content in fertiliser made Russia the preferred trading partner for this industry.

Rather than flip-flopping between questionable regimes to source such chemicals (Morocco is illegally occupying Western Sahara which is home to significant phosphate deposits), the EU should strive for a farming system that is independent of imports. This requires a fundamental transition away from extractive and linear agriculture to agroecological and mixed farming that combines extensive livestock and crops for optimal nutrients cycling, as well as a shift to more plant-rich, sustainable diets.

The cost of inaction

Nutrient pollution has been addressed by EU legislation since the 1990s, meaning that Member States have legal tools and obligations to address the issue. However, due to poor implementation of existing laws, nutrient pollution in the EU remains an issue at a high cost for society and the environment. According to the latest Nitrates Directive report, more than a third of EU rivers, lakes and coastal waters, and 81% of marine waters are now eutrophic.

As a result, the environmental cost of nitrogen losses is estimated at ?70-?320 billion per year, mainly associated with loss of air quality and water quality. This cost is so substantial that it outweighs the economic benefits of nitrogen in agriculture, and a recent report from the European Court of Auditors revealed that this financial burden is largely born by taxpayers.

The upcoming Nutrient Action Plan aims to deliver on the European Green Deal target to reduce nutrient losses by at least 50% by 2030 and the associated target to cut fertiliser use by at least 20%. Research - including studies sponsored by the fertiliser industry - indicates that much larger reductions in fertiliser use will be needed to achieve this target. Additionally, the overall management of nutrients must be drastically improved. Today, only 20-30% of the nutrients applied to fields end up on the plate due to losses at production level, inefficient utilisation of nutrients through intensive livestock farming, and food waste.

Several studies show that a reduction in livestock numbers linked with a change in diets is needed to reduce emissions from the agricultural sector to sustainable levels. In the EU, people consume on average more than twice the recommended amount of meat, and two thirds of agricultural land is dedicated to producing food for livestock. On top of that, imports of animal feed prop up unsustainable numbers of livestock and support excessive consumption of animal proteins to the detriment of environmental and human health, in addition to causing nutrient losses and land degradation in third countries.

With the introduction of mineral and synthetic fertiliser during the 20th century, livestock and crop production has been separated as animal manure has no longer been necessary to provide nutrients. This has also resulted in many soils lacking organic carbon as they are only fed with synthetic and mineral fertiliser. A transition to circular and efficient nutrient management would bring huge benefits for society, farmers and the environment.

The Commission will come forward with their proposal for the Nutrient Action Plan before the end of the year. This is a crucial opportunity to outline how the EU can move towards a self-sustaining agricultural system that fosters soil health for long-term productivity, while protecting our environment and our health.

The EEB responded to the public consultation for the Integrated Nutrient Management Action Plan, read our comments here.