Scores are in: threadbare CAP plan fails to deliver 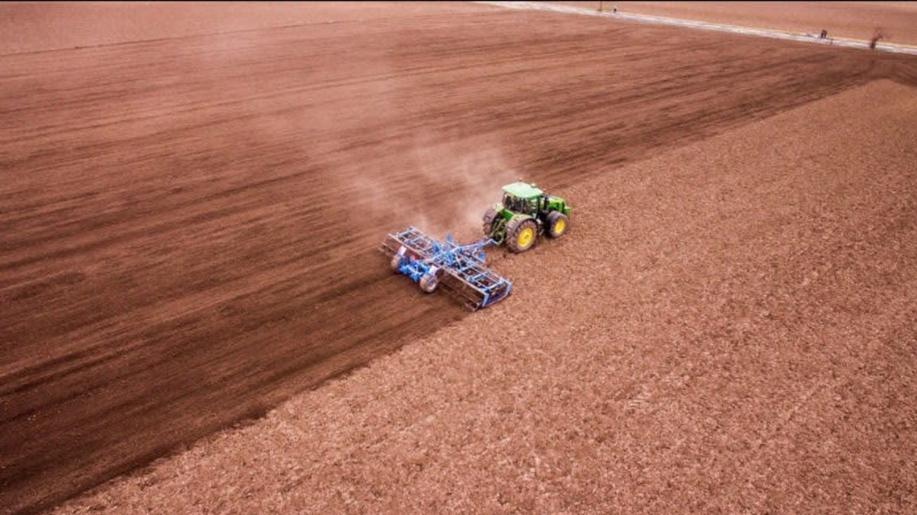 The EU's farm policy - the Common Agricultural Policy - turned 60 this year, but remains more important than ever. Just as food demand and production methods have evolved since then, so too has the CAP, but can it live up to its potential to drive the agricultural transformation we so desperately need to protect our resources and improve our resilience, asks Ruby Silk.

Sixty years ago, the EU's Common Agricultural Policy (CAP) was established to increase the productivity of farms, secure the availability of food and provide fair living standards to farmers. Today, it is one of the European Union's most important policy areas, accounting for around a third of the total EU budget.

However, today's agricultural sector is responsible for over 10% of EU greenhouse gas emissions and is a key driver of climate breakdown, biodiversity loss and pollution. In recent years, we have seen farmers themselves being faced with the devastating impacts of climate-related extreme weather events. Severe flooding, storms, droughts and unprecedented heat waves across Europe and around the world are destroying existing food and farming systems and ultimately putting global food security at real risk.

In recent years, calls for better environmental and climate protection within the CAP have grown louder. Next year, 2023, will see the beginning of the new CAP, which will run until 2027. Against the backdrop of the growing challenges linked to climate change, biodiversity loss and management of natural resources, the need to improve the CAP's environmental performance is more urgent than ever.

While the CAP's new green architecture (laying out environmental standards which farmers must meet to receive funding) claims to be an essential tool for realising the ambitions of the EGD, existing political ambition and practical commitments beyond the bare minimum have remained glaringly absent in reform of CAP. This neglect of common responsibility and commitment to new CAP standards has been influenced in part by external security factors.

Under the pretext of the Ukraine war, the Commission has already encouraged member states to use derogations from environmental measures in their CAP plans to mitigate impacts of the war on the sector - thereby already diminishing the effectiveness of the new CAP. By allowing the suspension of crop rotation rules and the temporary cultivation of fallow land (which is usually kept uncultivated to restore biodiversity and preserve soil health), member states can further dilute the (already weak) baseline environmental requirements from January 2023 onwards. After months of difficult negotiations with member states, the Commission approved the first batch of plans for Denmark, Finland, France, Ireland, Poland, Portugal and Spain on 31 August. Yesterday, the second approval package followed with Austria and Luxembourg. But are the plans really fit for purpose?

Unfortunately, analysis by the EEB and BirdLife Europe found that the draft plans currently fail to address environmental degradation from intensive agriculture practices and ultimately ignore the climate and biodiversity crises. The draft plans do not put member states on track to deliver on the targets and goals of the EGD, the Farm to Fork Strategy and the Biodiversity Strategy. Quite the opposite: most of the CAP funds are likely to continue supporting the destructive farming model that is bad for nature and bad for farmers, undermining the EU's ability to produce food in the long run.

Not enough space for nature

The intensification of farming, encouraged by CAP subsidies, has led to the removal of natural habitats in the farmed landscape: hedgerows, flower strips, field margins, small wetlands and fallow (uncultivated) land. The loss of these diversified structures and natural habitats is one of the key causes of biodiversity decline on farmlands.

The NGOs' analysis on how member states plan to use the CAP subsidies to protect and restore nature on farms shows that the draft CAP strategic plans are unlikely to adequately contribute to reaching the 10% target of agricultural area under high diversity landscape features by 2030. The main reasons include the weak implementation of baseline requirements (GAEC 8) and a lack of robust targets and measures supporting the management of non-productive elements on farmland. 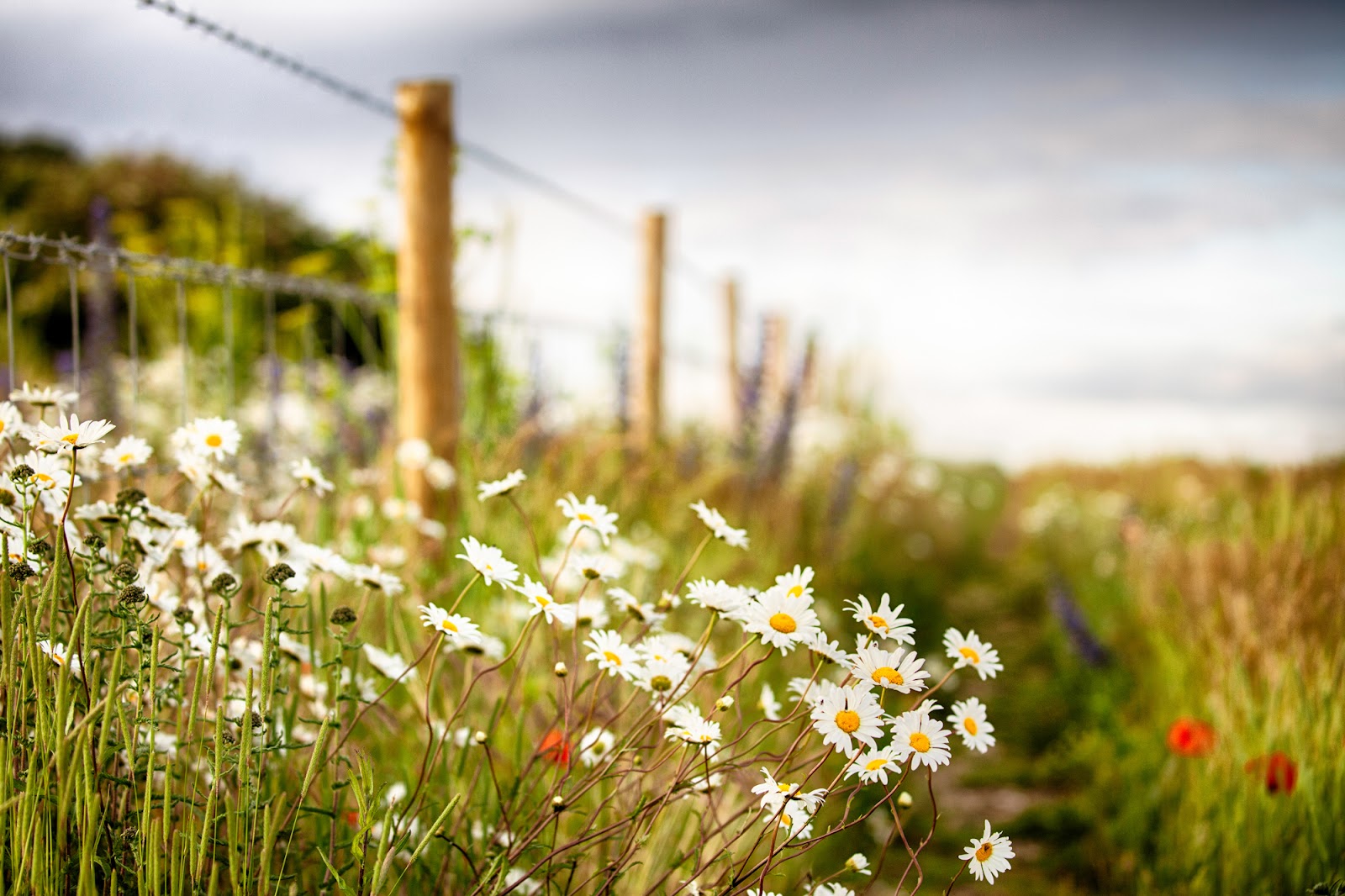 Poor action to save peatlands and wetlands

Despite making up just 3% of the planet's land-surface, peatlands - a type of wetland with a thick, naturally accumulated peat layer on the surface - are valuable habitats and vital ecosystems with the ability to capture and store large amounts of carbon. The drainage and degradation of peatlands for agriculture, forestry, and peat extraction is common practice, but causes vast emissions of greenhouse gases. Drained peatlands account for 5% of total EU greenhouse gas emissions.

The CAP has a history of driving the destruction and ongoing degradation of wetlands and peatlands. Farmers have been encouraged to prioritise increasing their production and to convert diverse ecosystems into farmland. As the NGOs' analysis shows, peatland-rich member states lack strong and appropriate action to safeguard, maintain and restore wetlands and peatlands through their national CAP strategies. For instance, none out of the seven assessed countries have programmed an eco-scheme to support substantial peatland rewetting or to incentivise paludiculture - a viable and environmentally friendly solution to preserve peat and keep accumulated carbon stored in the soil.

Lack of ambition on sick soils

Healthy soils are critical for life on earth. Food security, water quality, climate change mitigation and adaptation, human health, and biological diversity all depend on healthy soils and it is therefore paramount that we protect and restore soils on European farms. However, the majority of EU soils are in poor condition and the policy and legislative landscape surrounding soils still lags behind. While the proposal for a new soil health law (expected in early 2023) and the recently published proposal for an EU Nature Restoration Law (which will set legally binding targets to help restore ecosystems and their soils by 2050) is an important step forward, the CAP strategic plans show an alarming lack of action and ambition. Holistic soil management practices, such as regenerative farming in line with agroecological principles are completely absent and key rules (for example on soil cover or crop rotation) are defined too vaguely. 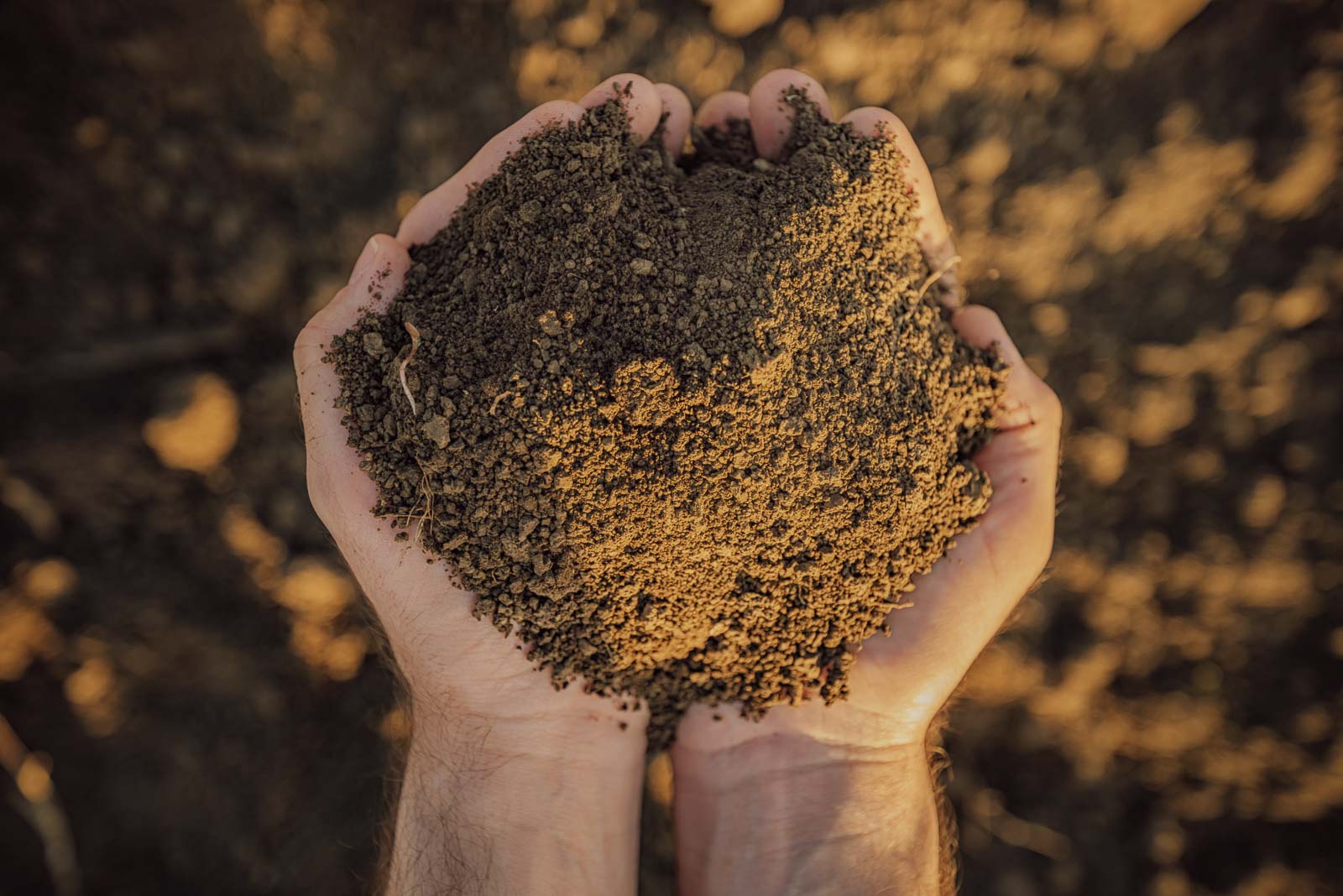 Permanent grasslands cover almost 35% of the EU's farmland. In Europe, species-rich and structurally diverse grasslands are key for preserving biodiversity. Furthermore, when adequately managed, grasslands can be major carbon sinks (are able to capture and store carbon) and provide many other ecosystem services such as water purification and erosion and flood control. Despite their importance, the NGOs' analysis reveals that most grasslands are under threat. They are over-fertilised, over-used for livestock, and at constant risk of conversion to other land uses. Not only do the CAP strategic plans fail to adequately protect valuable grasslands from conversion to other uses and to adequately support sustainable low-intensity management, but most of the funds go to problematic management schemes that lack safeguarding against intensifications. 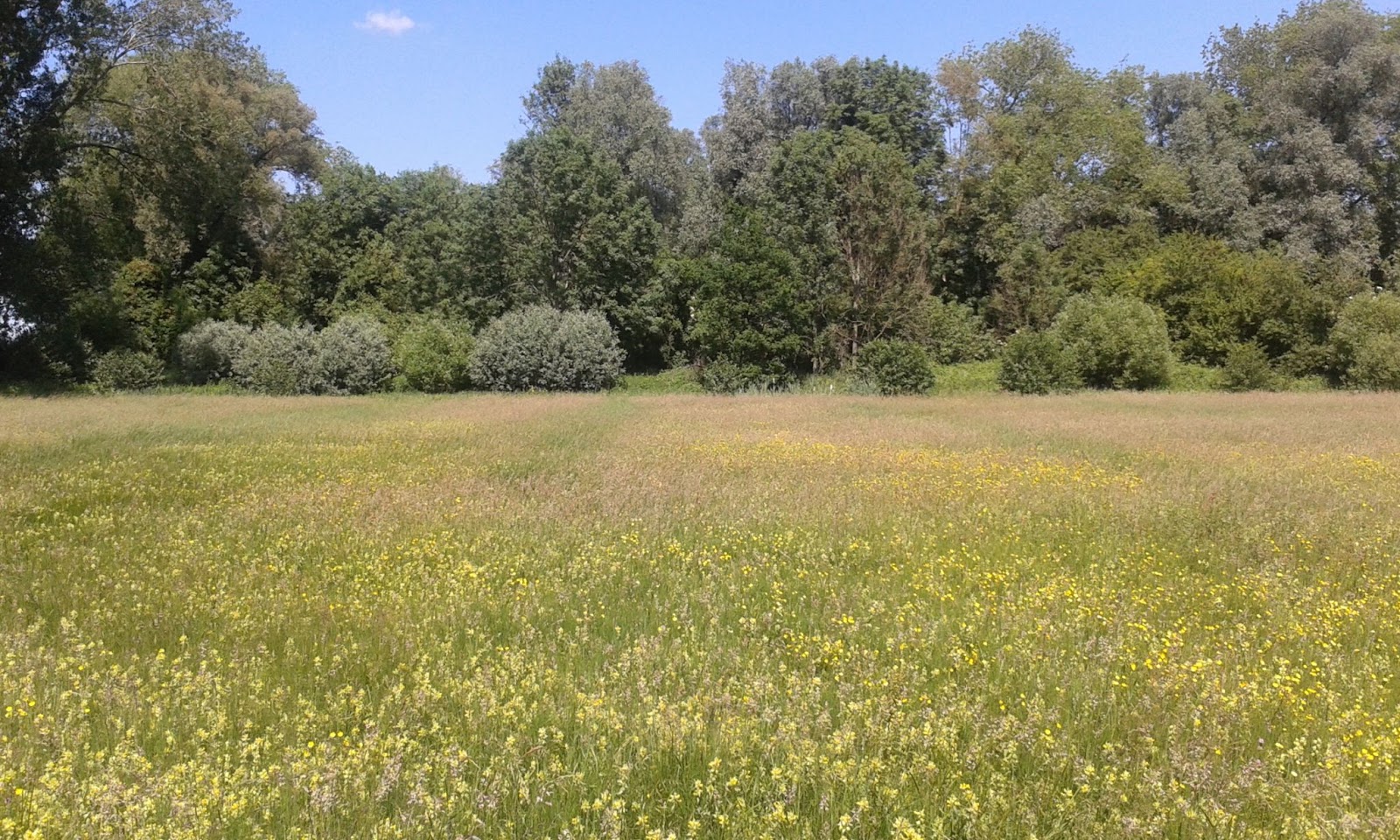 Business as usual on pesticides

Use of chemical pesticides is a matter of serious concern for human health, biodiversity and the environment. Yet, European agriculture remains heavily dependent on it.

Current rules on the Sustainable Use of Pesticides (SUD), oblige member states to promote low pesticide-use pest management, giving priority to non-chemical methods. However, not enough CAP funds are directed towards this type of pest management (Integrated Pest Management or IPM), creating a major obstacle to achieving the SUD's objectives. National CAP plans are unlikely to improve the roll-out of IPM and ultimately to reduce pesticide use between 2023 and 2027. 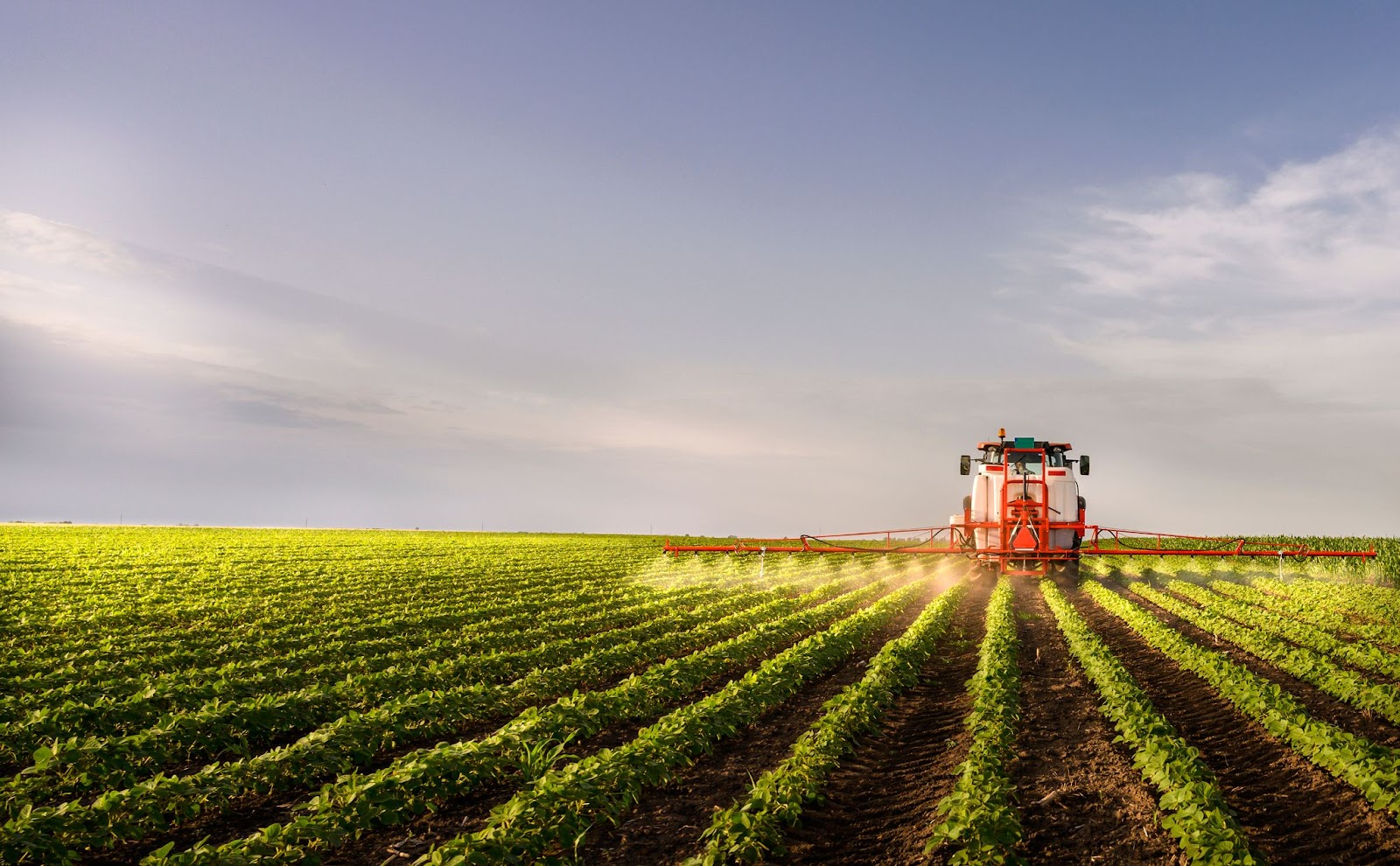 Overall, the EEB and BirdLife Europe have found that draft CAP strategic plans are insufficient to halt biodiversity loss on farmland, to reduce the environmental footprint of the EU agricultural sector and to incentivise the urgently needed transition towards sustainability. In fact, most of the new CAP funds are likely to continue supporting the destructive farming that is bad for both nature and farmers, and which is not fit for today's societal and environmental challenges.

The Commission's approval of the first CAP strategic plans, which are woefully unfit for the environmental challenges we face, highlights the weakness of the legislative framework to enforce more ambitious measures at the national level. In this light, we must ensure that other components of Green Deal legislation (e.g. the Sustainable Use of Pesticides Directive, the Nature Restoration Law, and the Fit for 55 package) incentivise member states' environmental ambition, and have the teeth to impose more extensive implementation of the reformed CAP.